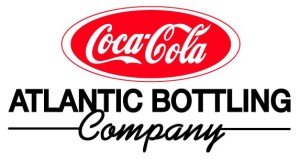 Coca-Cola Days, presented by Atlantic Bottling Company, will be held September 25th and 26th in Downtown Atlantic. The event is the second biggest collector’s show in the United States and includes a tailgate barbeque open to the public, a Show Swap & Sell, “Discover Atlantic Raffle” and many more activities for all ages.

This year’s feature theme is “Coca-Cola- The Right Choice.”

“The theme is created by a volunteer committee each year,” said Coca Cola days’ committee chair, Dolly Bergmann “Coca-Cola – The Right Choice was chosen because we wanted to tie into the election season.”

T-Shirts for the 2016 Coca-Cola Days Celebration will feature the theme, “Coca-Cola – The Right Choice”

The event will feature Bottles and Cans on Parade this year, a continuation of last year’s Bottles on Parade. Participating businesses will receive a 4-foot tall plastic Coca-Cola bottle or can to decorate highlighting their business, recognizing civic organizations or highlighting local artists in the community. The bottles will be displayed 2 weeks prior and 2 weeks after Coca-Cola Days and be voted on by the community. The winners will take home AtlantiCash. This event will encourage Atlantic Residents and Coca-Cola Collectors to stop into businesses to vote on their favorite bottle.  The activity has three confirmed sponsors, including: Atlantic Coca-Cola Center & Museum, Cappel’s Ace Hardware and China Buffett. Sponsorships are still available for Chamber members interested in supporting the Coca-Cola Days event in 2016.

“It fits so naturally with Coca-Cola Days and it’s a wonderful way to pull businesses into the Coca-Cola Days experience, and gives sponsors more visibility to show their creativity,” Ouida Hargens, Executive Director of the Atlantic Area Chamber of Commerce said.

“The goal is to get more community involvement and show community support,” she added.

For more information on Coca-Cola Days or a full list of activities, please visit www.cocacoladays.com, call the Atlantic Area Chamber of Commerce at 712-243-3017 or email chamber@atlanticiowa.com.