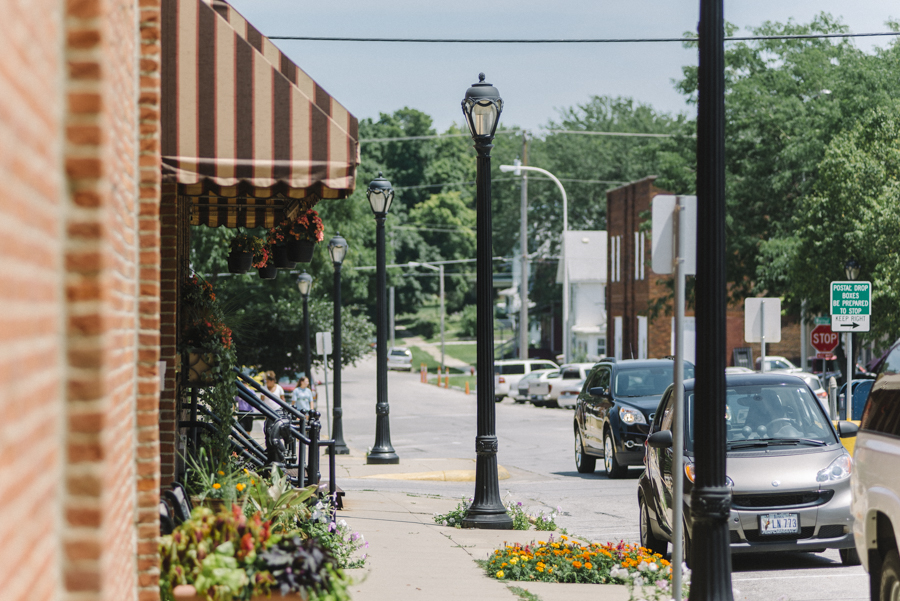 Life in Atlantic offers the best of both worlds: a small town atmosphere fostered by friendly, family-oriented people, paired with first-class amenities and access to major metropolitan areas. Residents enjoy an array of great natural resources, an excellent school system, recreational facilities and affordable housing in addition to diversity in businesses and industries.

Atlantic was founded in 1868 by Franklin H. Whitney, passionate entrepreneur and surveyor for the railroad from New York. Whitney envisioned Atlantic as the home of Rock Island Depot, a route between Chicago, Pacific Railroad and Rock Island. Whitney’s vision became a reality and Atlantic’s rapid growth of businesses, organizations, churches, schools and banks thrived soon after the depot was built. History tells us two furrows were plowed up what is current day Chestnut Street and the community developed from there.

Located between the Atlantic and Pacific Ocean, our prosperous small town was named based on a coin toss between the two oceans. And the flip of a coin, Atlantic was named.

Christmas in Atlantic is a magical time of year for residents and visitors. Downtown Atlantic lights up six blocks with nearly 200,000 lights for the holiday season. Visit Santa’s cabin and say hello to his reindeer in the City Park, and take a complimentary carriage ride down historic Chestnut Street.

The Coca-Cola Capital of Iowa, Atlantic is home of Coca-Cola Days, a mini convention for collectors across the country, held every September to celebrate the tradition of Atlantic Coca-Cola Bottling Company. For more than 100 years, Atlantic Bottling Company has been owned and operated by the Tyler Family.

Whether you’re visiting or looking for a place to settle down, Atlantic’s friendly folks welcome you and your family.