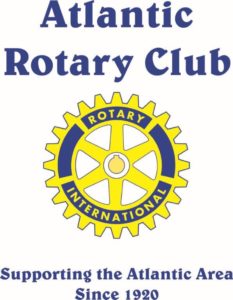 Calling all parents, students, and community members- do you know a teacher who deserves recognition for going above and beyond the call of duty? The Atlantic Rotary Club is seeking nominations for the 3rd Annual Rotary Club of Atlantic Outstanding Teacher Award, and would love to hear from you! The award, designed to recognize excellence in education in the Atlantic Community Schools, can be given to any certified, full-time teacher who spends at least 60% of his/her time instructing students. The teacher selected will receive recognition at a school employee event, and will also receive a $3000 cash award.  The award may be used to enhance the educational resources of the teacher, further the teacher’s education, or for any other purpose which the selected teacher deems appropriate.

This is the third year for the award, which has been a “long-time goal” for the Atlantic Rotary Club, according to Kate Olson, 2016 Rotary Teacher Award Project Chair.

“The Atlantic Rotary Club has been a dedicated supporter of education in the community for many years through senior scholarships, and annual events such as senior recognition and new teacher welcome. In addition, they are frequent contributors through funding for many school needs such as updating technology in the classroom, supporting curriculum for local preschools, and a number of other school requests. Members of our club have been continually insistent that we also recognize and support the talented educators that are the heart of our schools, and we are very happy we have been able to get this program off to such a successful start in the first few years.”

Margo Magill, an educator at Washington Elementary School was the first teacher to be recognized at the Rotary Outstanding Teacher of the Year in 2014. DeLana Harris, from Schuler Elementary School, was the 2015 award winner. Both teachers had “exceptional nomination forms and letters of support from the community,” according to Olson. “We are hoping to continue the tradition of a strong pool of applicants this year. The selection process is always difficult, but we love seeing the dedication to students and the art of teaching that comes through in each of the nominations.”

For teachers to be considered for the 2016 award, completed nomination forms, including letters of support, must be received by Friday April 29th. Nominated teachers will be evaluated based on their skill with students, classroom management, parent communication, peer interaction and community involvement. Teachers must be nominated by three individuals- they can be current or former students, parents of students, co-workers, or any combination of these. Forms were sent via email to all current parents through from the Atlantic Community School System in late March/early April. Hard copies of nomination forms may also be picked up from any school administration office, or at the Cass County Extension Office. Completed nominations may be dropped off, or mailed, to the Cass County Extension Office, Attn: Kate Olson, 805 West 10th Street in Atlantic.

It is the intention of the Atlantic Rotary Club, through this award, to recognize and reward outstanding educators in our public school system who exemplify the Rotary motto of “Service Above Self” through their continuous dedication to students, parents, peers and the larger community, as well as the art and practice of education. This award is funded by proceeds from the Atlantic Rotary Club’s annual auction, which is made possible by the generous donations of local businesses and community members.